Scientist and Futurist Buckminster Fuller had an interesting
perspective on love.
Love , being an expression of energy, like all components of the
universe, is subject to extraneous forces that either repel, propel or
maintain its position in a state of balance. For instance, the common
phrase “falling in love,” is an accurate statement for many, in that
when you fall, you lose momentum and cease movement, stopping
indavidual and mutual expansion.

If one references physical falls from childhood up through adulthood,
it is easy to recall the downward sensation and loss of control,
followed by a period of stillness while you’re on the ground, and then
an attempt to rise again, commencing motion forward.

The same can be true in relationship, as we allow ourselves to FALL in
love. We dreamily tumble, intoxicated by the euphoria and before we
know it we are picking ourselves back up, trying to recover the pieces
of the motionless self.

Bucky proposes another paradigm for love. Rather than falling, he
suggests orbiting, where each individual comprising a pair rotates on
their own axis, while orbiting the other like the Earth and her Moon,
and the planets of our solar system around the Sun.

Two people successfully, powerfully and creatively rotating on their
own individual axes, while simultaneously orbiting eachother in love ,
create a dynamic nuclear reactor of energy and expansion. Such a
relationship is mutual and self sustained, generating its own power to
grow and expand. This creates a unique variety of energy that is
complementary and mutually beneficial. This also allows for necessary
space between individuals. Not enough space runs the risk of
collapse…or a fall where there is loss of momentum. We all know what
this feels like!

Two people orbiting in love, whether romantically or otherwise allows
for freedom to be, freedom to learn and freedom to teach. There is a
give and take, a sharing of strengths and qualities and a compensating
balance of weaknesses.

In orbit, there is no need for co-dependency, and a renewable and self
generating love energy is the byproduct.

One thought on “Orbit In Love” 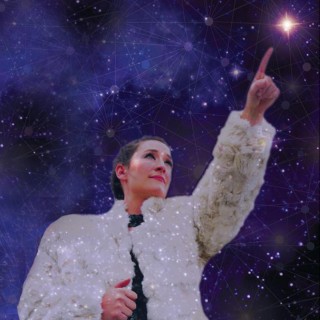 Jaime Becktel is a freelance writer, multimedia artist, photographer, designer, traveler, nature lover and stargazer. Her happiness lies in time spent among flowers, trees, birds, rivers, lakes, ponds, hot springs, the oceans, exploring from the back of a horse or romping with her dogs.